China Society of Economic Reform(CSER) was established on February,1983 with the approval of the State Council；CSER has registered with the Ministry of Civil Affairs as a Class A national institute in 1990(code number of social organization: 50000301-3)；At the inaugural ceremony of the State Council Office for Restructuring Economic System in 1998, Premier Minister Zhu Rongji pointed out specially: ‘CSER should be strengthened’；After the reform of personnel and financial administration system, CSER became an independent legal body in 1999, which contains a great number of group members and individual directors in the provincial and municipal governments and research institutes all over the country at present. State Development and Reform Commission has been responsible for CSER since 2003.

Adhering to the practice of economic system reform and the service to it，to the principle of emancipating the mind, seeking truth from facts and combining theory with practice, to the policy of ‘letting a hundred flowers bloom and a hundred schools of thought contend’, CSER has actively carried out various researches, held seminars and conducted international academic exchanges to advance China's reform in the spirit of bold exploration and creation.

The principal functions of CSER are to undertake the research subject on economic system reform, which entrusted by the government and responsible department, and make foresighted research on important and difficult problems of the economic and social development. The research fruits are used as reference for policy-making of enterprises and governments at all levels.

Additionally, the organization strives to establish and extend its contacts with foreign research institutes, experts and scholars so as to exchange information and views, jointly discuss and sum up the theories and experiences of the economic opening, development and reform, conduct research projects through cooperation or entrustment, and promote international intercourse, mutual understanding and friendship.

The leading body of CSER is the Board of Directors that holds its plenary session every year to discuss issues, exchange views and work out its principles. The permanent organ is Executive Committee, which is responsible for implementing the Board's decisions, examining and handling various major issues in its routine work. Most of CSER leaders are social figures and economists who used to hold important departmental positions in the Chinese government. 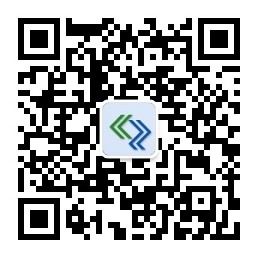